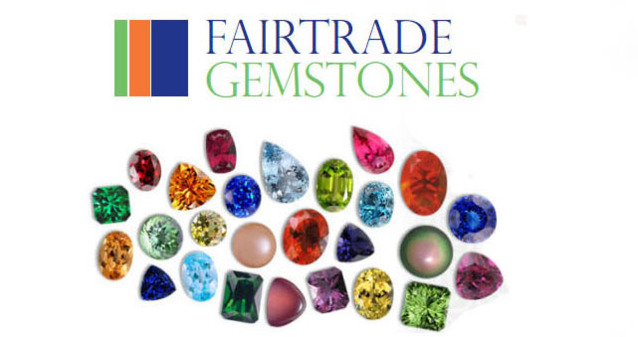 We offer the widest variety of loose natural coloured gemstones on the market. Whether you're interested in superior cut melee, standard calibrated cuts, single one-of-a-kind award winning cuts, or even gem carvings - Fairtrade Gemstones has the variety and quality you need.

This rare ruby, with a naturally vivid colour, is mined only at the Chimwadzulu mine in the southern African county of Malawi.

Pink sapphire has the same mineral composition as ruby but a lighter colour, which makes it a fancy sapphire. Like Nyala Ruby, it has rare natural colour

Pink Tourmaline. The last Empress of China loved pink tourmaline so much that she was buried with her carved tourmaline pillow. At the turn of the century, she bought almost a ton of tourmaline from the newly discovered Himalaya Mine in California.

Red Garnet. Because many ancient pieces of garnet jewellery are studded with tiny red stones that resemble a cluster of pomegranate seeds, scholars believe the name garnet derives from the Latin for pomegranate

Allspice. Spice Pearls® are freshwater cultured pearls, created when a mollusc covers a foreign object with beautiful layers of nacre, the mother of pearl. Allspice Spice Pearls have a beautiful peachy glow.

Fire Opal. Unique to Mexico, fire opal has been treasured since the time of the Aztecs. Its fiery colour is unique in the gem world for its vivid dayglow intensity.

Fire Citrine. This rare orange-red member of the quartz family is mined only at the Linha Estefania mine, in the Brazilian state of Rio Grade de Sol.

Nyala. This sapphire is named after the rare Nyala antelope, which is native to the area in southern Malawi where these gems are mined. Nyala Sapphire is found in beautiful clear orange tones and is also sometimes available in the legendary pink-orange shade known as padparadscha.

Chrysoberyl is a gem family most well known for producing phenomenal gems, including cat's-eye chrysoberyl and the colour-changing alexandrite. Faceted chrysoberyl has a lovely honey-gold colour.

Citrine. Named from the French name for lemon, citron, most citrines have a light lemony colour. Sunny and affordable, citrine blends especially well with the yellow gleam of polished gold.

Topaz. The Egyptians said that topaz was coloured with the golden glow of the mighty sun god Ra. Topaz is the birthstone for those born in the month of November.

The ancients called yellow sapphire hyacinth. It was said to divert lightning and confer peace and wisdom on its owner.

Cortez Pearls. These rare platinum to charcoal cultured pearls from Mexico's Bay of Cortez sometimes have the shimmering green lustre of a peacock's feather.

Emerald. Treasured for 4,000 years, emerald is the essence of spring, a symbol of rebirth prized by the ancients as the gem representing love and new life.

Imperial Diopside is the highest quality of chrome diopside. Its rich green colour is due to trace amounts of chromium, the same element that is responsible for the green of emerald and the red of ruby.

Lime-green peridot is the extreme gem, found in the rocks created by volcanoes and even in meteors that fall to earth. A few samples of extra-terrestrial peridot have even been faceted into gems.

Seafoam Tourmaline, a pastel green to bluish green, has a chameleon-like ability to complement almost every other colour, including sorbet shades, earth tones, and vivid brights.

Tashmarine is one of the newest gem varieties: in fact, it's the first gem discovery of the 21 st century. This green gem is a unique variety of diopside found in China near the route of the ancient Silk Road.

Aquamarine, the gem of the sea, derives its name from sea water. The reference is obvious: aqua sparkles like the sea and its colour is pale to medium blue, often with a slight hint of green.

Blue Sapphire comes from the Greek word for blue, sappheiros, and this gem provides the most beautiful blues of the gem kingdom. Sapphire is the original true blue, the gem of fidelity and of the soul.

Blue Topaz. The most affordable of blue gems, blue topaz is a miracle of modern science. the strong icy blue colour is created by exposing colourless topaz to irradiation and heat.

Blue Zircon is a gem family available in a wide variety of colours including green, dark red, yellow, brown, orange and colourless but the beautiful sky blue is the most popular. The best is found in Cambodia, which produces kingfisher blues not seen anywhere else.

Lolite. The name iolite comes from the Greek ios, which means violet. Iolite is a purplish blue gem treasured by the Vikings.

Royal Kings Plain Sapphire. This rare sapphire is mined in the Australian state of New South Wales. The Kings Plain Mine is actually an ancient dry riverbed. Miners move ten cubic meters of earth to find two carats of sapphire.

Tanzanite is mined only one place in the world: Merelani in Tanzania, in the shadow of Mount Kilimanjaro. Tanzanite was named after the country of its birth by Tiffany Co, who introduced the gemstone to the world market in 1969.

Amethyst comes from the Greek amethystos which means not drunken. Its royal colour and affordability have made it one of the most popular gems.

Cortez Pearls. These rare platinum to charcoal cultured pearls from Mexico's Bay of Cortez have an iridescent purple glow that will remind you of Tahitian cultured pearls.

Grape Garnet. This rare purple-red garnet is mined only in the State of Orissa on the Bay of Bengal in eastern India. The name was derived from its intense purple-red colour: it will remind you of the ruddy grape glow of a fine merlot wine.

Spice Pearls are freshwater cultured pearls, created when a mollusk covers a foreign object with beautiful layers of nacre, the mother of pearl. Eggplant Spice Pearls have a lovely lavender to purple glow.

We are located at:

If you have any queries or wish to make an appointment, please contact us :

Get social with us.